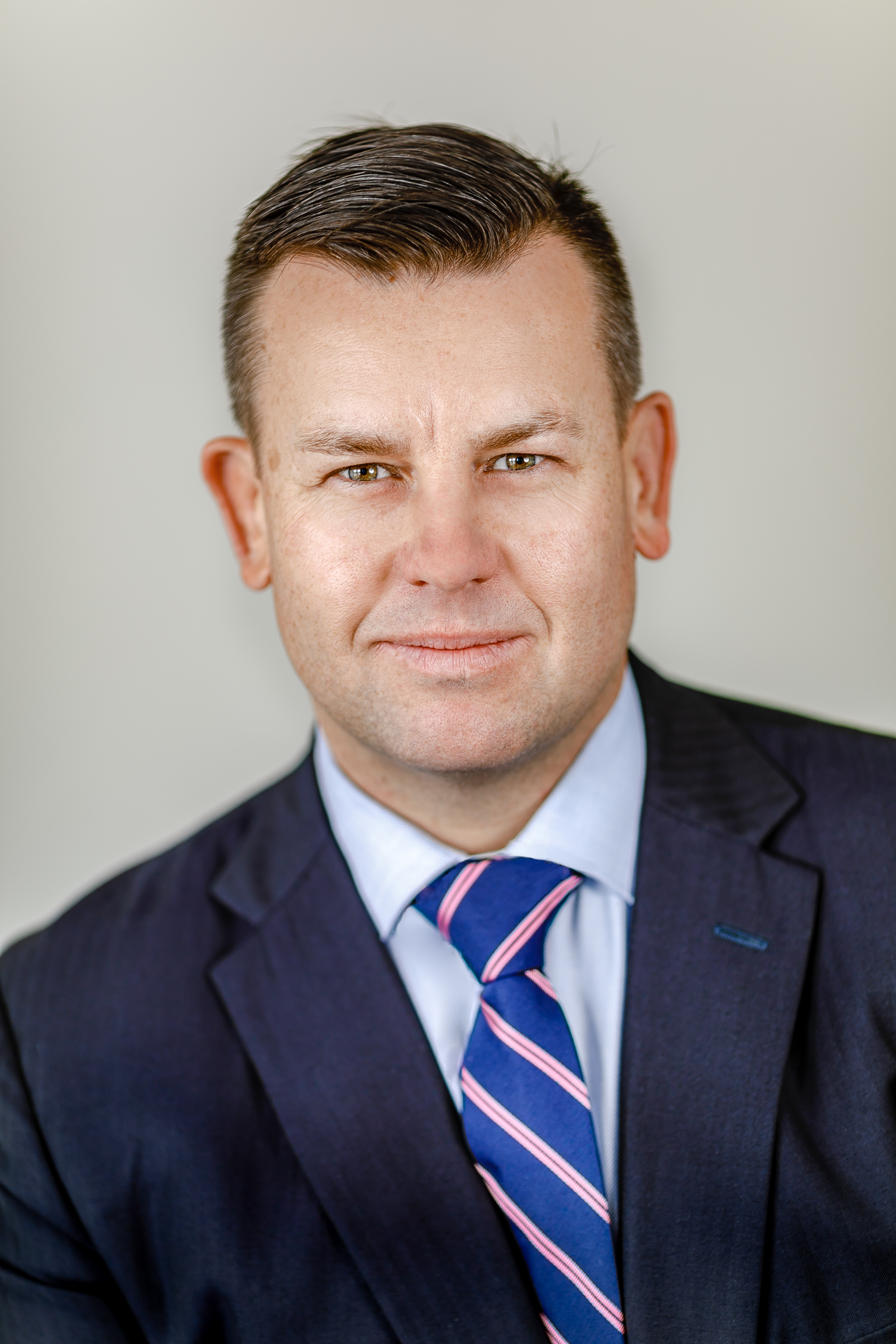 Appointed as Chief Executive Officer of Mitchell Services Limited on 20 March 2014. Board Member of Australian Drilling Industry Association. Andrew commenced his mining services career after six years working within the agriculture, defence and steel industries in various finance roles. He has worked in the mining services industry for over 13 years and more specifically in the drilling industry, where he has held various senior leadership roles. Andrew has completed a Bachelor of Commerce majoring in Accounting and a Masters in Business Administration majoring in Strategy and Planning. Andrew is a Fellow of CPA Australia and is a member of the Australian Institute of Company Directors. Andrew has extensive experience throughout Australia and internationally. His clients range from global listed mining and energy organisations to governments and junior exploration companies. 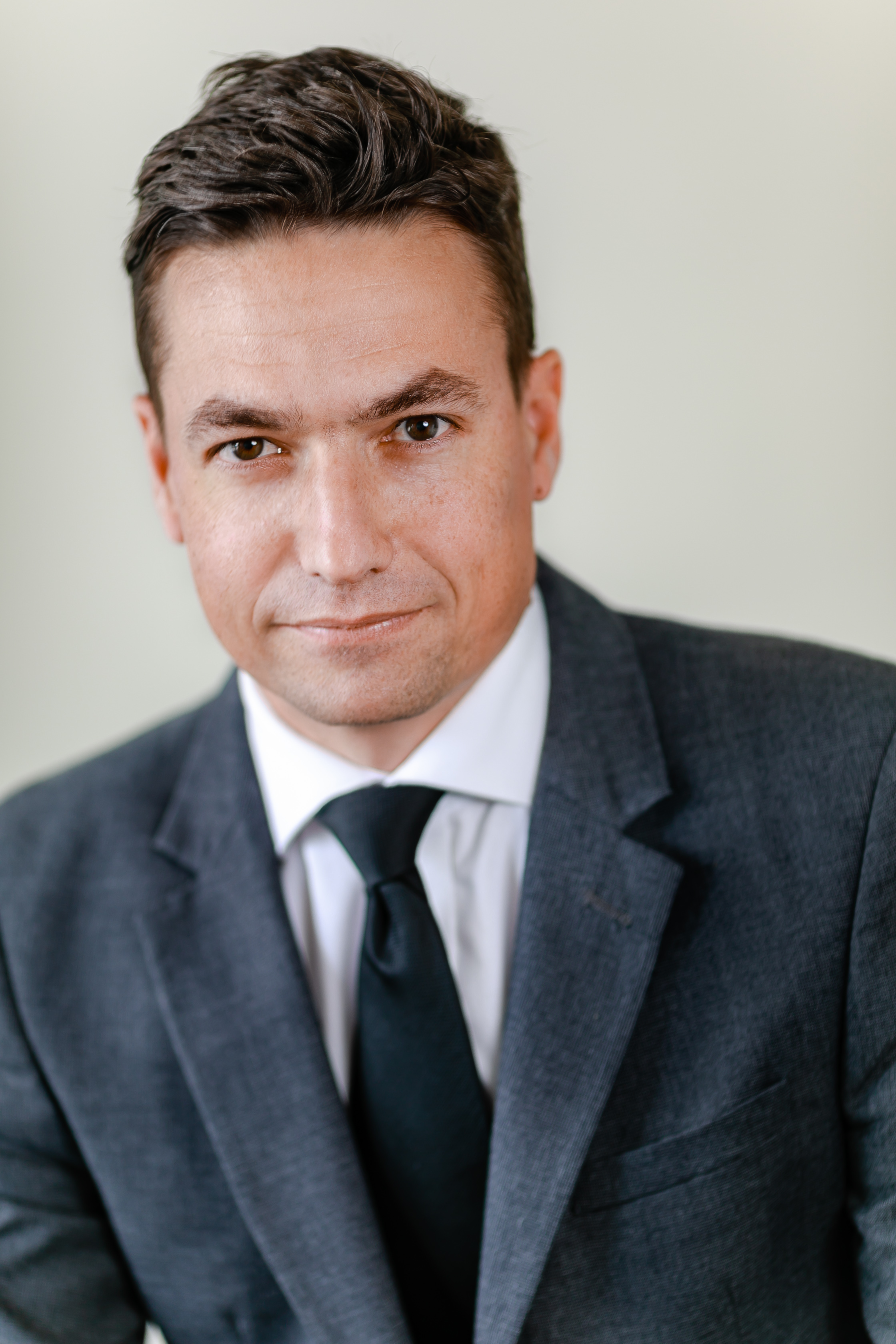 Greg joined Mitchell Services Limited in April 2014 in the role of Group Financial Controller and was appointed to the position of Chief Financial Officer and Company Secretary on 28 November 2014.   Greg has 6 years’ financial accounting and reporting experience in the property and gaming industries and three years’ experience in audit with KPMG Inc. Greg has a BCOM (Hons) (CTA) Accounting Sciences Degree and is a member of the South African Institute of Chartered Accountants. 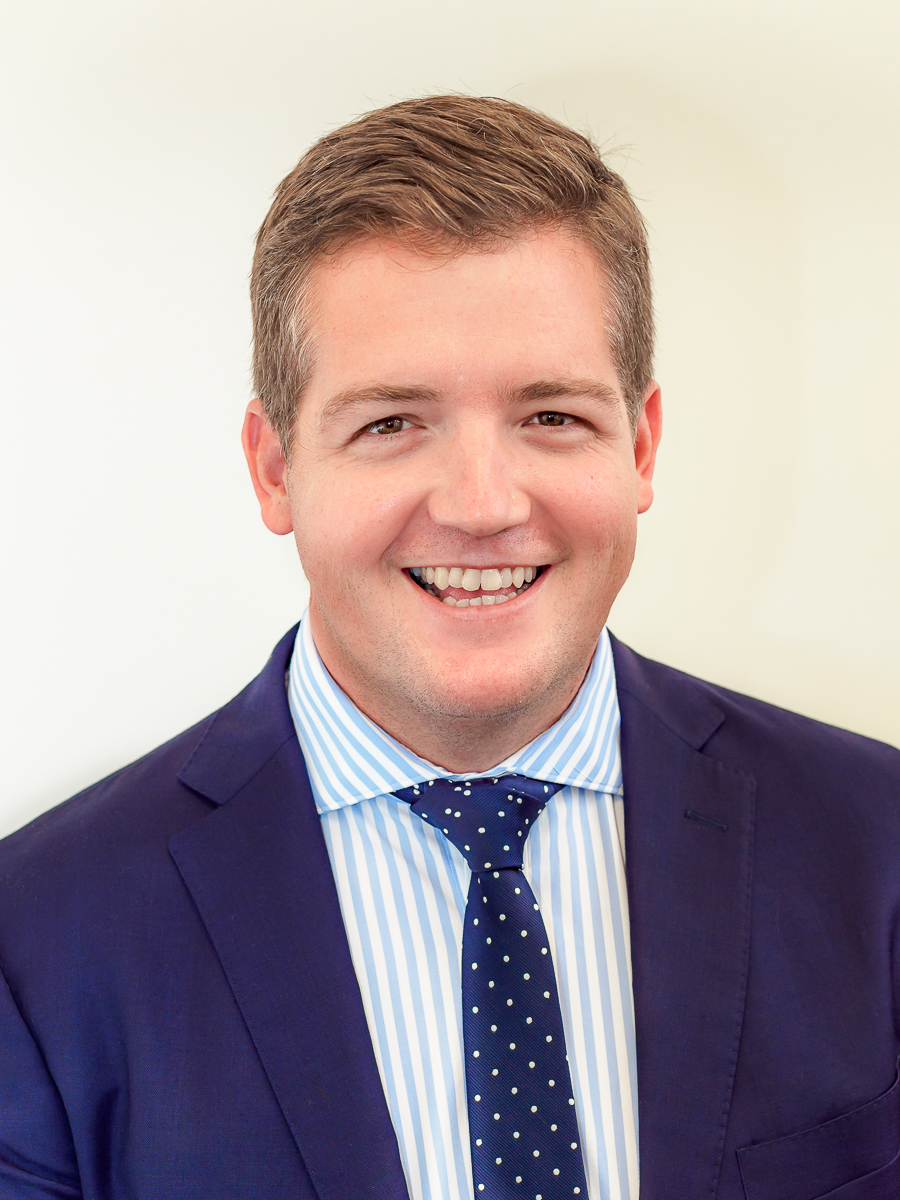 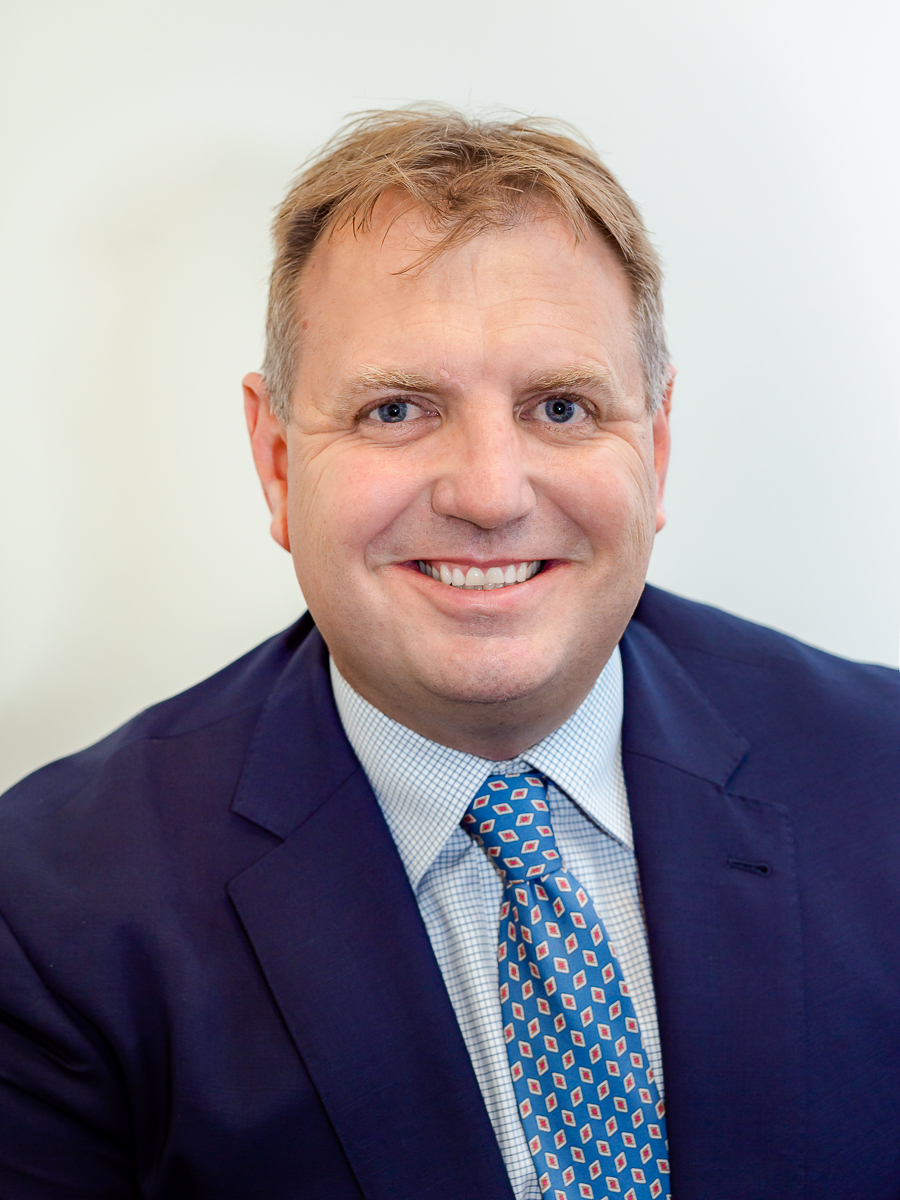 Josh has over 20 years’ experience in the resources industry. He has a family history in the drilling industry being the son of a diamond driller and having worked as a drillers offsider. He graduated as a geologist from James Cook University and has worked in a number of commodities and deposits including large scale open cut, underground mining and exploration environments for copper, gold, uranium and silver.  Degree qualified in applied finance, Josh has held numerous management roles with BHP Billiton in technical and operational teams and has worked in the area of health, safety and business improvement at the Olympic Dam mine in South Australia.  Josh joined Mitchell Services in 2016.  Since that time, there has been an improvement in our risk management systems and safety performance, leading to several industry awards and a wider recognition of the successful implementation of our ‘safety differently’ practices.  He is passionate about people, workforce diversity and the simplification of systems that support Mitchell Services and its business partners. 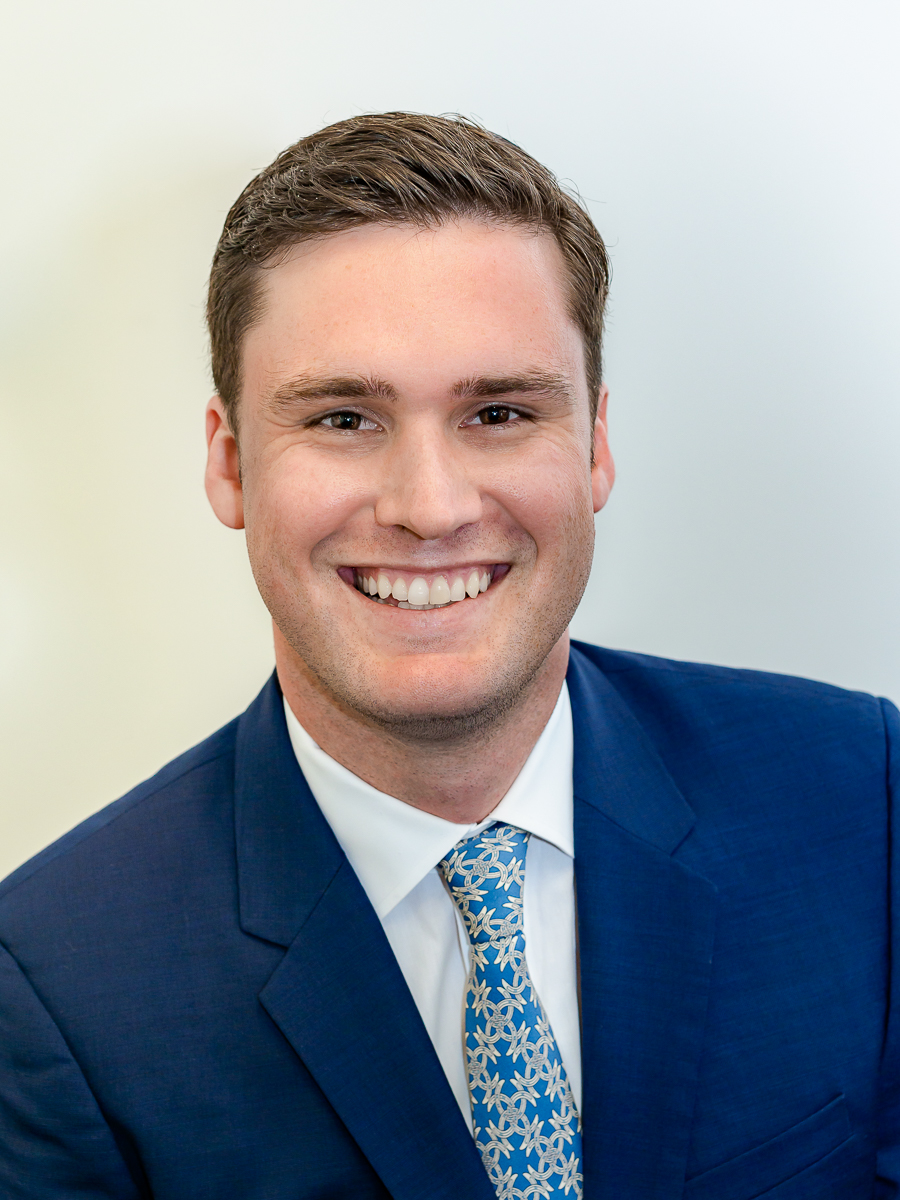 Nicholas was appointed General Manager – Underground in April 2018 and General Manager – Operations in July 2020. Prior to that, Nicholas held senior roles in the mining industry as mine geologist and, in his previous role at Mitchell Services, he was responsible for business development and commercial management of the surface energy division. Nicholas is responsible for the business management of the drilling activities with day-to-day functions including safety performance, operational excellence, financial management, human resources and innovations.  Nicholas focusses on providing his clients with a collaborative relationship that can leverage his mine site operational experience, geological knowledge and understanding of modern drilling techniques. 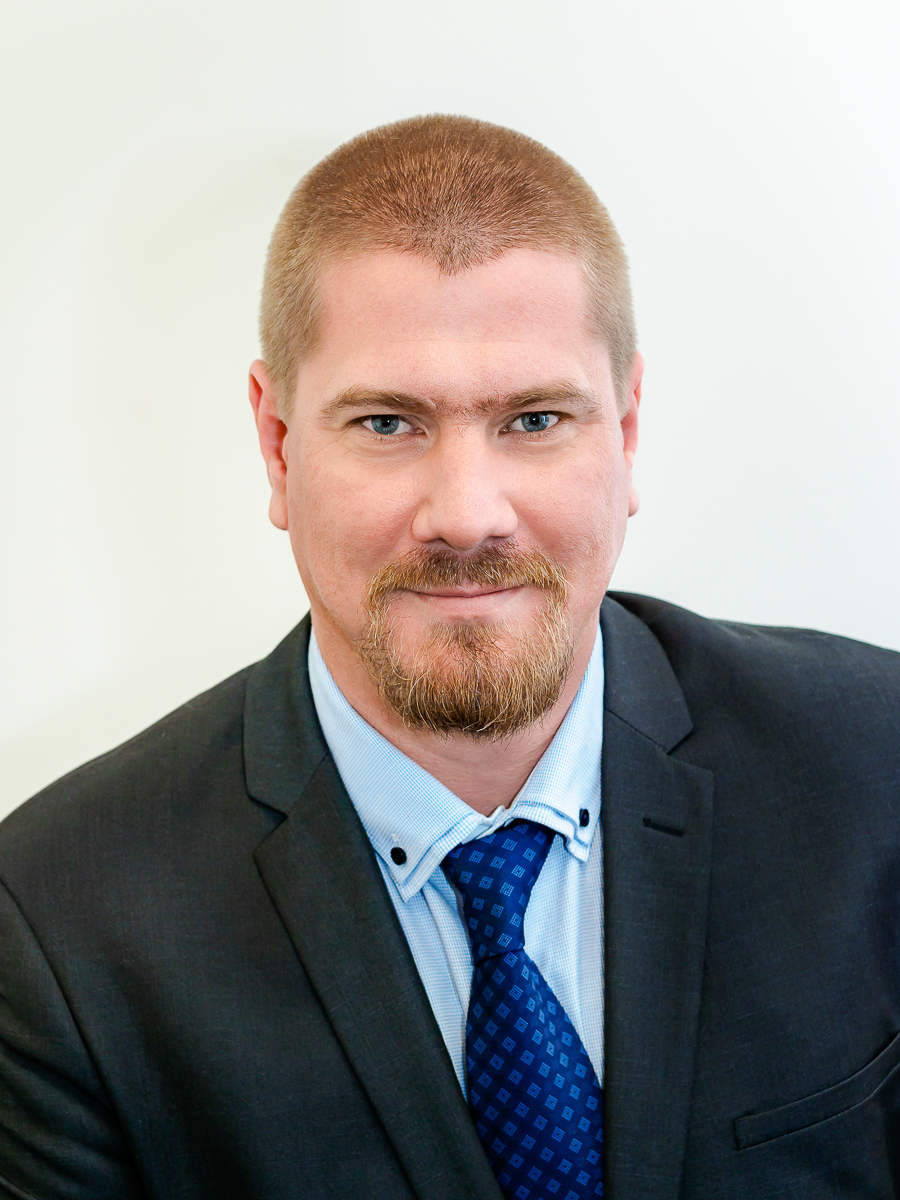 John began his career in the oil and gas industry as a roughneck where he developed an exceptional understanding of well site safety and cutting edge drilling technology. He has been working in the drilling industry since 2002 and has reached the level of General Manager due to his high level of operational and client management capability. John’s career has provided him with a thorough technical understanding of coal and onshore gas drilling operations, including large diameter, deep hole exploration, gas drainage and the management of multi-rig programs in challenging environments around the globe. Throughout his drilling career, John has gained sound experience and lateral exposure to both managerial and administrative aspects of drilling. John demonstrates a commitment to running a safe operation and performing to a high standard, ensuring successful outcomes within agreed time frames. 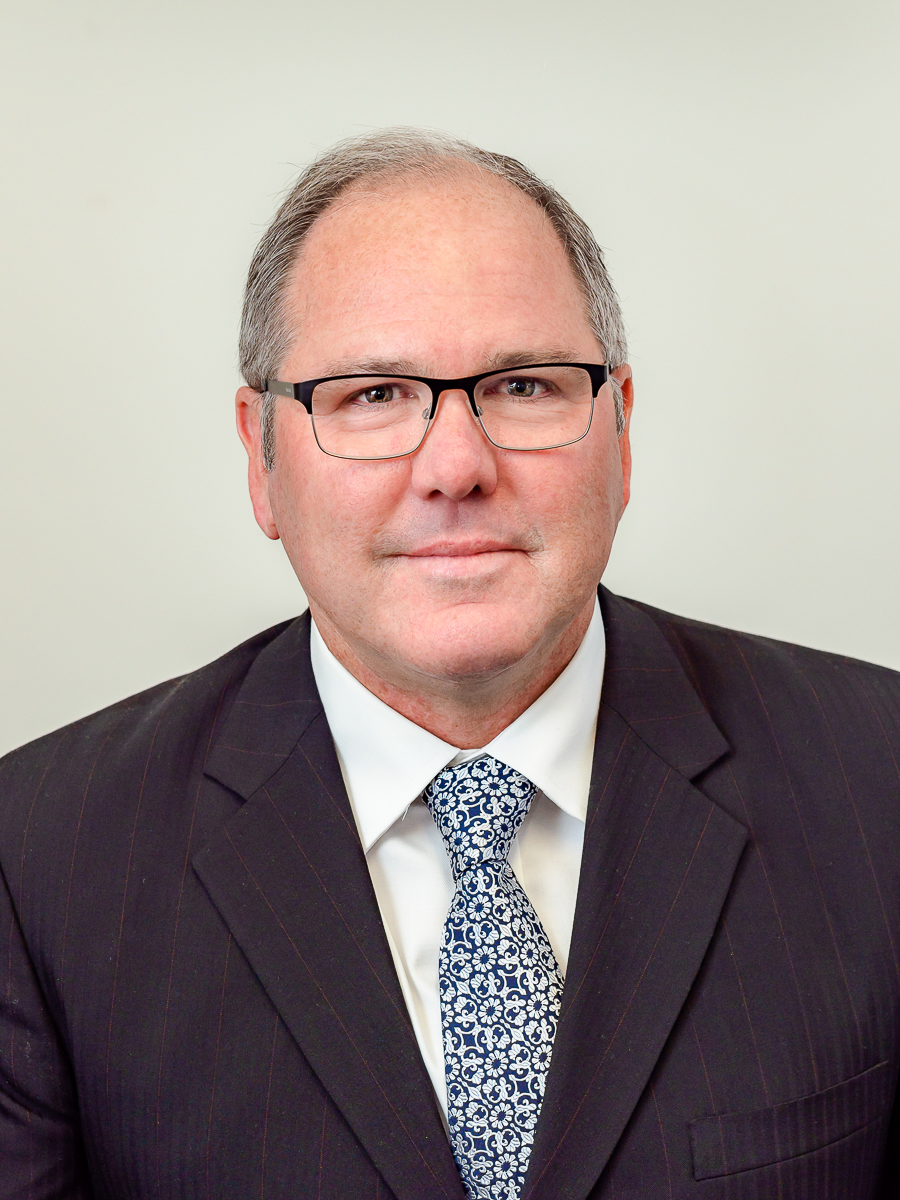 Nigel joined Mitchell Services in 2011, initially as a consultant, having worked with the Mitchell’s before the sale to AJ Lucas in 2008. Prior to this, he spent seven years with BT Funds Management in Sydney and three and a half years with Fidelity in Asia as its General Counsel. He began his career at Feez Ruthning (now Allens Arthur Robinson) in Australia and has worked in London and Asia, both in-house and in private practice. Nigel has significant experience in contract law, resource law, M&A, project financing, managed investments, corporate governance, employment law and IP law. Nigel completed the Governance Institute of Australia’s Applied Corporate Governance Course in 2014 and has been admitted as a Fellow of the Governance Institute. 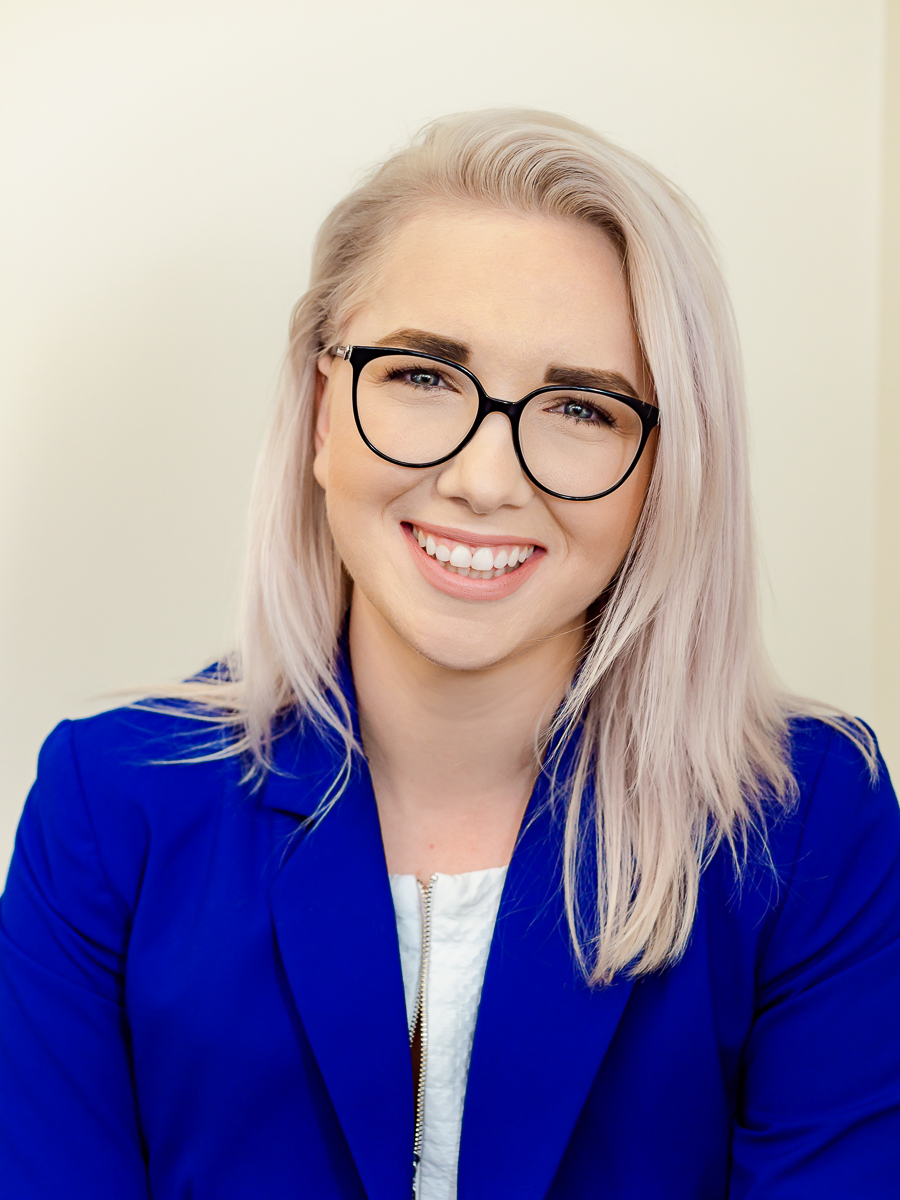 Michelle joined Mitchell Services in 2014 and has over ten years’ experience in accounting and finance in various industries including investments, gaming and accommodation. Michelle has completed a Bachelor of Commerce majoring in Accounting and Finance and is a qualified Chartered Accountant. Michelle drives best practice processes, automation and internal business partnering and has played an influential role in ensuring that the business’ systems and processes are streamlined with maximum use of technology and innovation. Michelle has extensive experience in management accounting, statutory reporting, system implementations and project management. 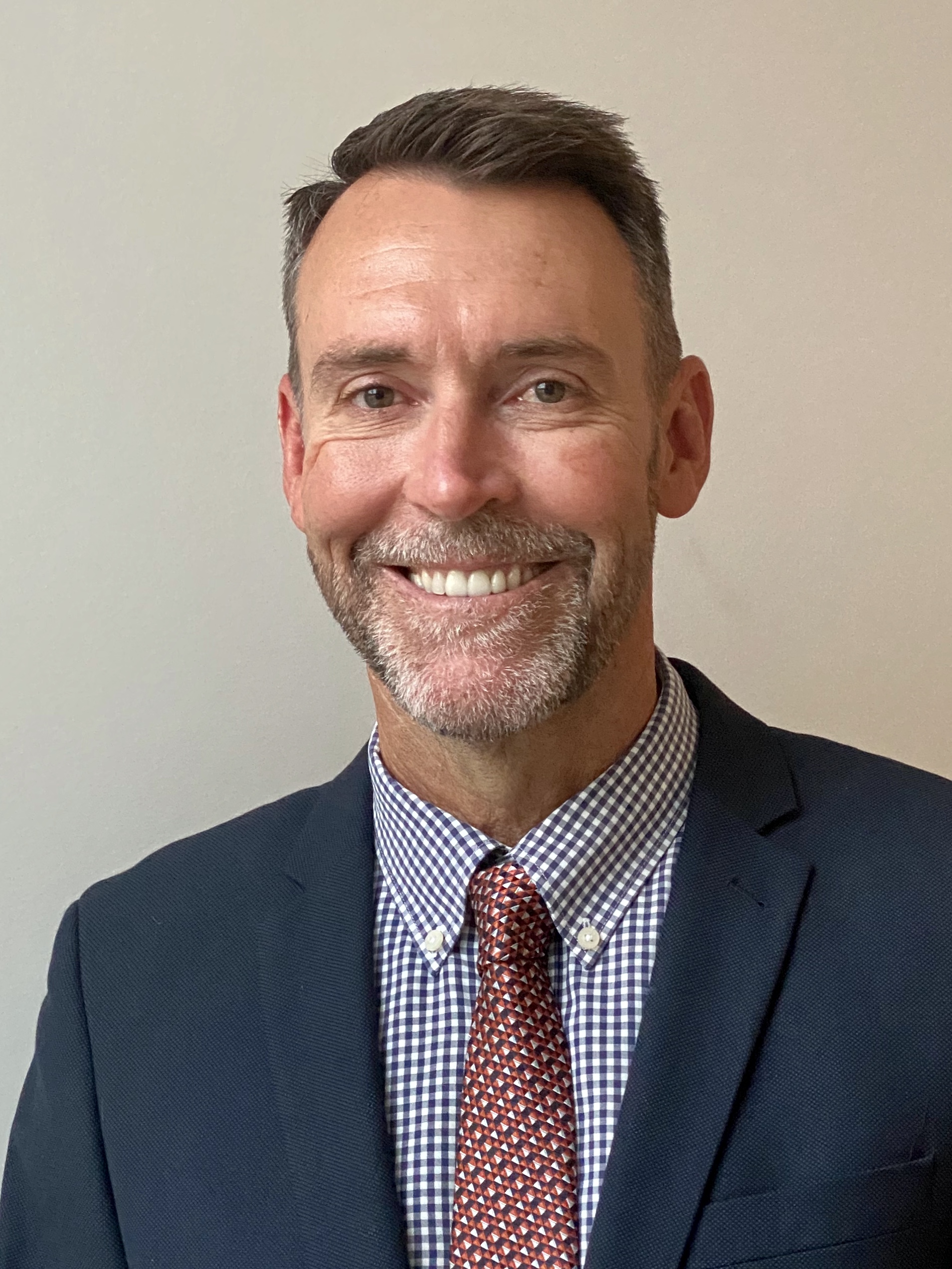 Cameron brings with him over 20 years of experience in the drilling and quarrying industries from diverse roles within Australia. He entered the drilling industry after completing his Articles of Clerkship with a regional law firm in 1996. Cameron started his own drilling company shortly afterwards where he grew the business from a small family run operation to a mid-sized business focussed on the Central Queensland coal market. Following the successful sale of the business, Cameron continued to develop his skills working for BMA Coal in resource planning and development. Cameron joins the team after many years as a consultant Project Manager for Mitchell Services, concrete civil construction firms and quarrying operators. Cameron’s expertise includes project management, safety management and operational improvement. Cameron holds qualifications in business management, drilling management and safety management. 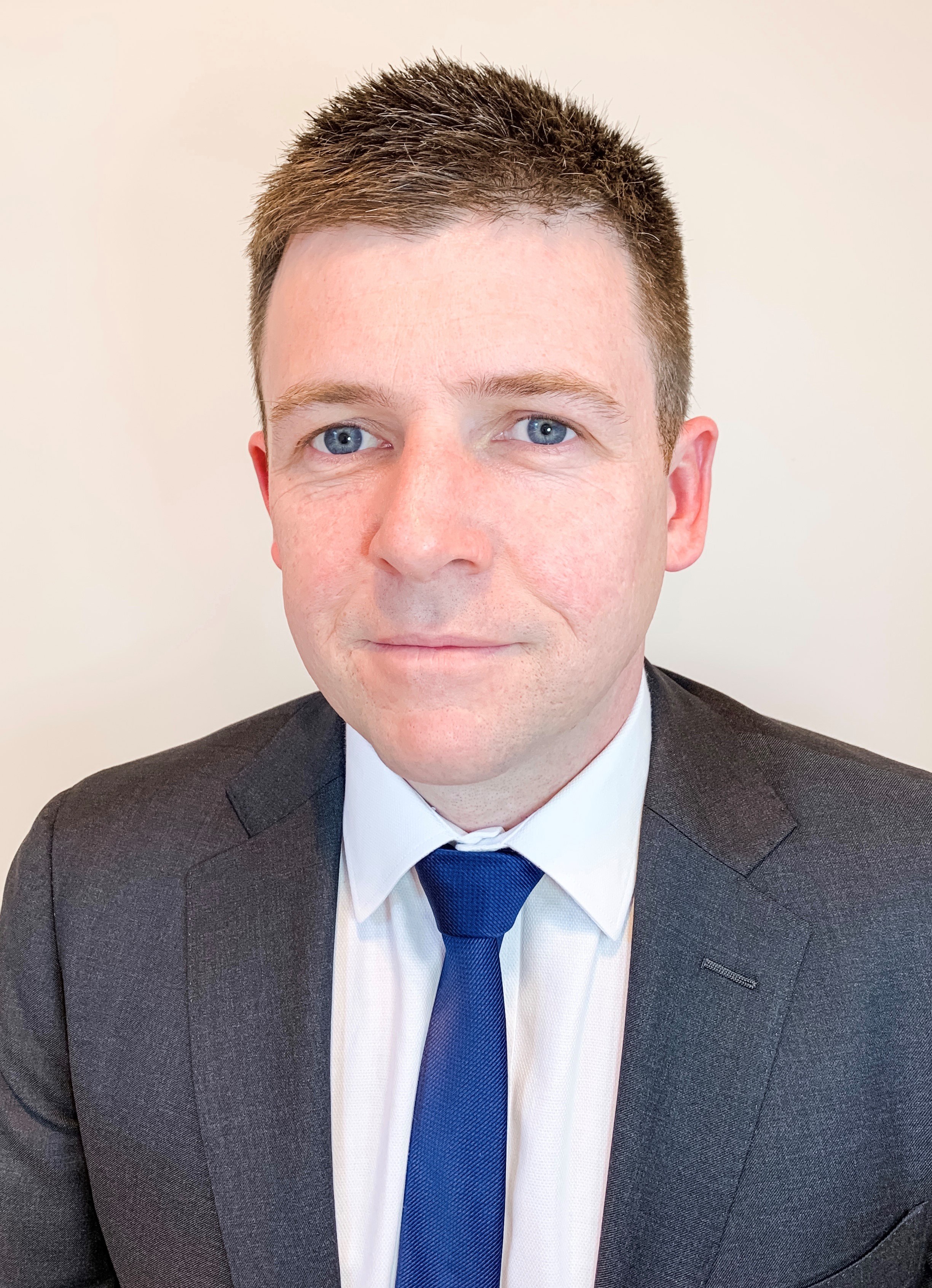 Don has over 15 years experience in the drilling industry covering a diverse range of technical and management roles. After commencing his drilling career in the Victorian Goldfields in 2004, Don successfully expanded his skills and experience across the APAC region in drilling and business support leadership roles. A positive leader, exceptionally skilled in developing and maintaining relationships, Don has fostered a strong people culture focussed on safe, professional and reliable drilling services. Integral to the continued success of Deepcore Drilling over 10 years, Don was appointed General Manager of Deepcore Drilling in 2016 then CEO in 2019, successfully growing Deepcore to be recognised as one of Australia’s leading drilling service providers. Don holds qualifications in drilling, business management, safety, training and human resources.