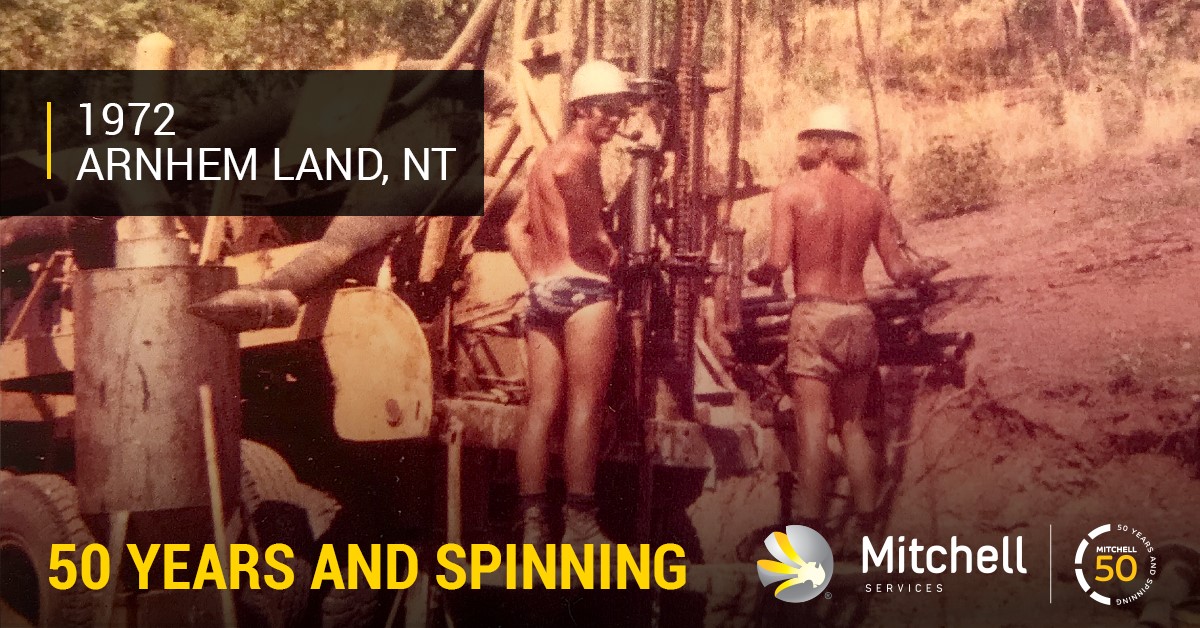 In 1972, Pete Mitchell won a contract to drill for uranium in Arnhem Land, Northern Territory. Pete and his crew were based in an old mining camp called Elsharana, abandoned after World War Two. Conditions were extreme to say the least, and having crews capable of completing the job was always a challenge. After four months, the job was successfully completed.